Why would Democrats continue to blame Trump for the opioid epidemic when they know that it had already exceeded 22 deaths per 100,000 population, and that the vast majority of the increase occurred after passage of the Affordable Care Act but, BEFORE he was even inaugurated?

AFTER ACA had passed:

ANNUALLY, during Obamacare there were:

10,619 Cocaine deaths, more than doubled in less than 3 years

BUT this is the 2017 data on ALL drug overdose deaths directly from the CDC itself:

Even though final data is not yet available for 2019, a simple straight line projection (not the empirical projection that ACTUALLY occurred) indicates that the total number of drug deaths will EXCEED 130,000! 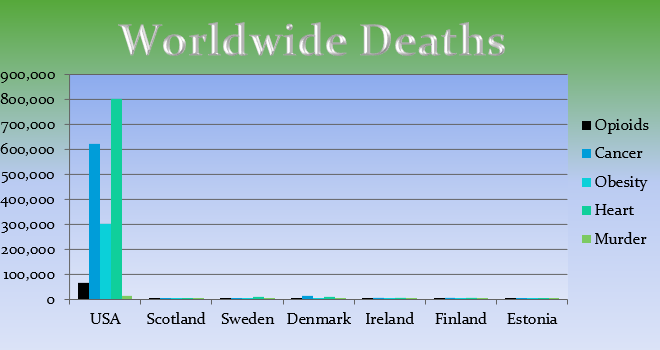 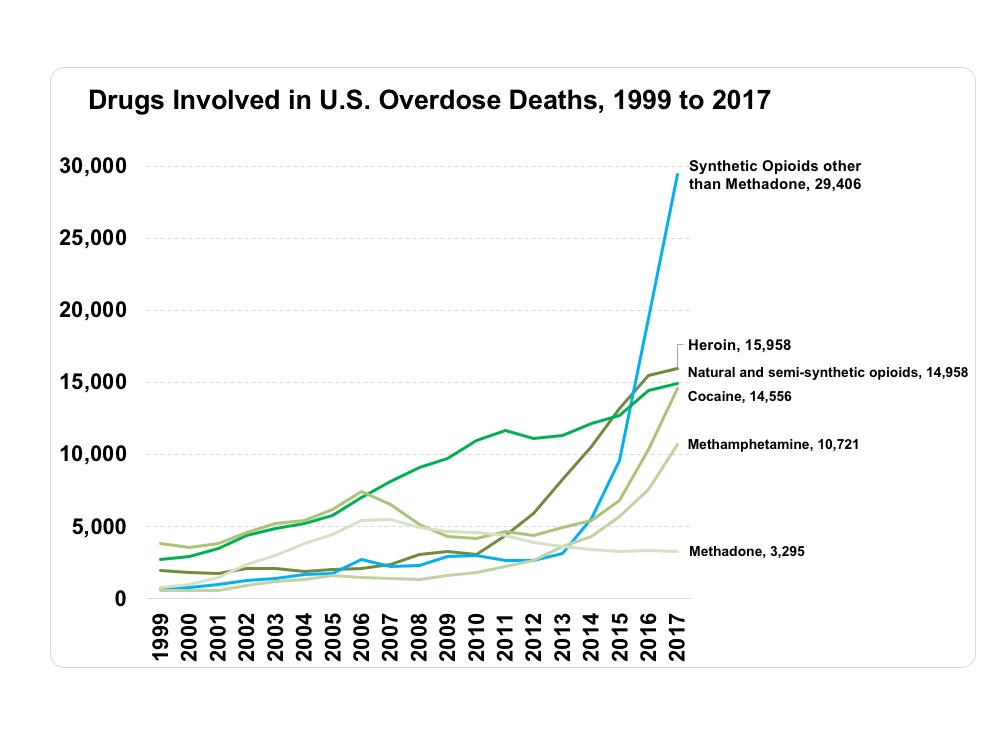 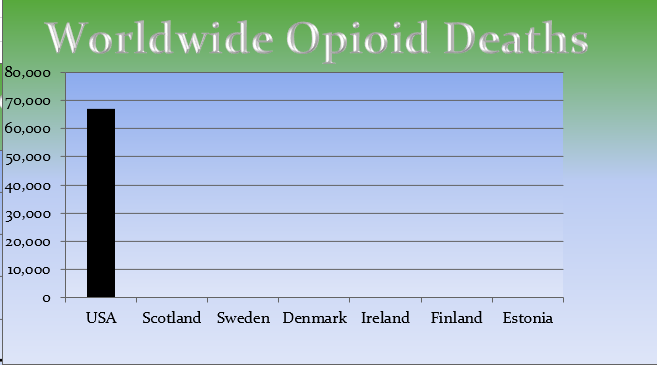 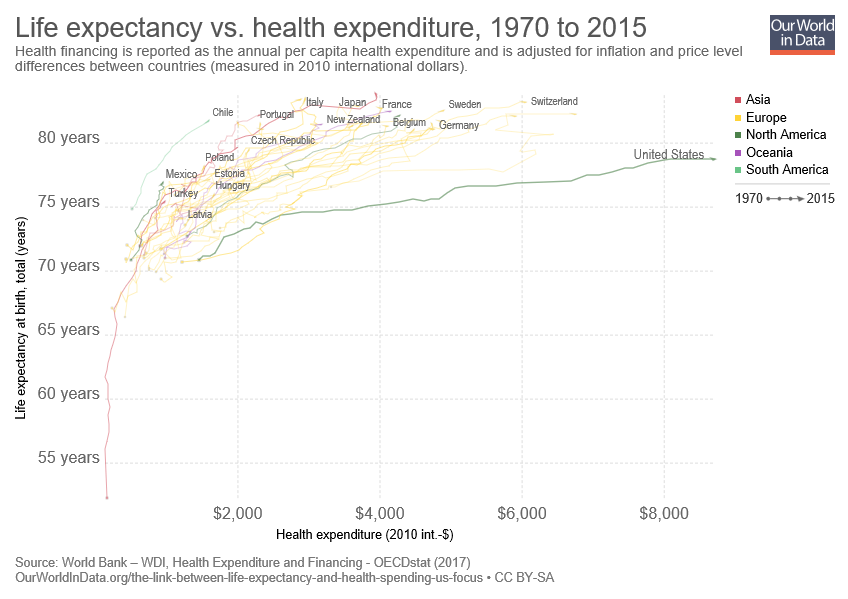 What is already known on this topic?

What is added by this report?

What are the implications for public health practice?

Efforts to encourage safer prescribing of opioid pain relievers should be strengthened. Other key prevention strategies include expanding availability and access to naloxone (an antidote for all opioid-related overdoses), increasing access to medication-assisted treatment in combination with behavioral therapies, and increasing access to syringe service programs to prevent the spread of hepatitis C virus infection and human immunodeficiency virus infections. Public health agencies, medical examiners and coroners, and law enforcement agencies can work collaboratively to improve detection of and response to outbreaks associated with drug overdoses related to illicit opioids.

ï¿½ For each type of opioid, the multiple cause-of-death code was T40.1 for heroin, T40.2 for natural and semisynthetic opioids (e.g., oxycodone and hydrocodone), T40.3 for methadone, and T40.4 for synthetic opioids excluding methadone (e.g., fentanyl and tramadol). Deaths might involve more than one drug thus categories are not exclusive.

Alternate Text: The figure above is a line chart showing drug overdose deaths involving opioids, by type of opioid, in the United States during 2000-2014.

Many of the countries with the lowest cancer rates, are also the countries which “failed” [read: refused] to mass inject their innocent children with “vaccines” which were incubated in dead monkey livers. 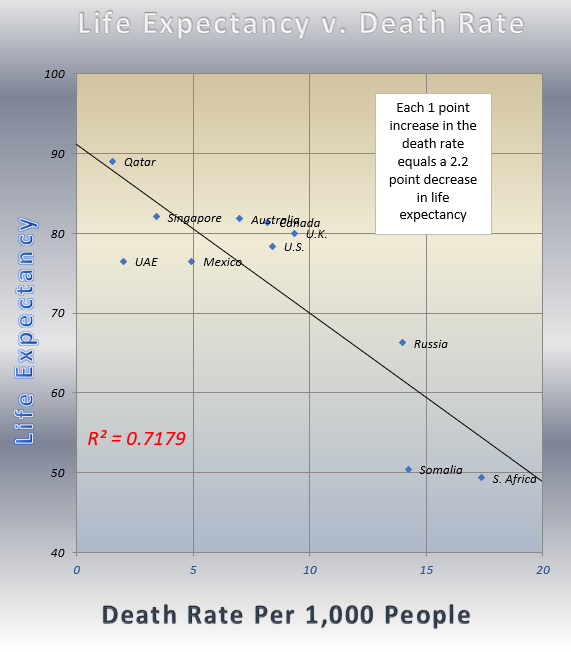 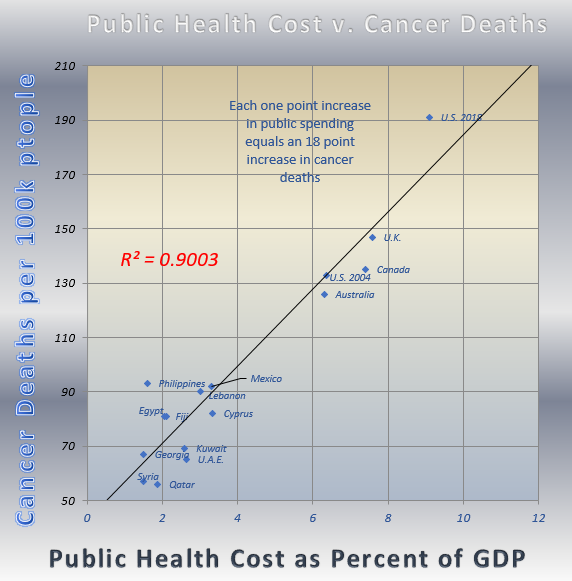 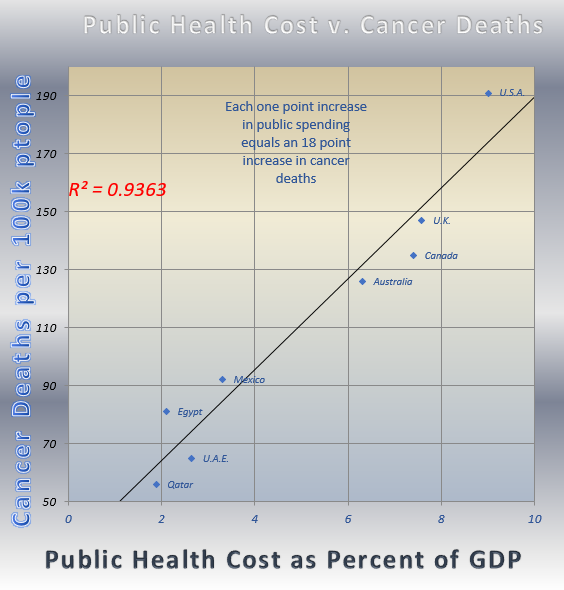 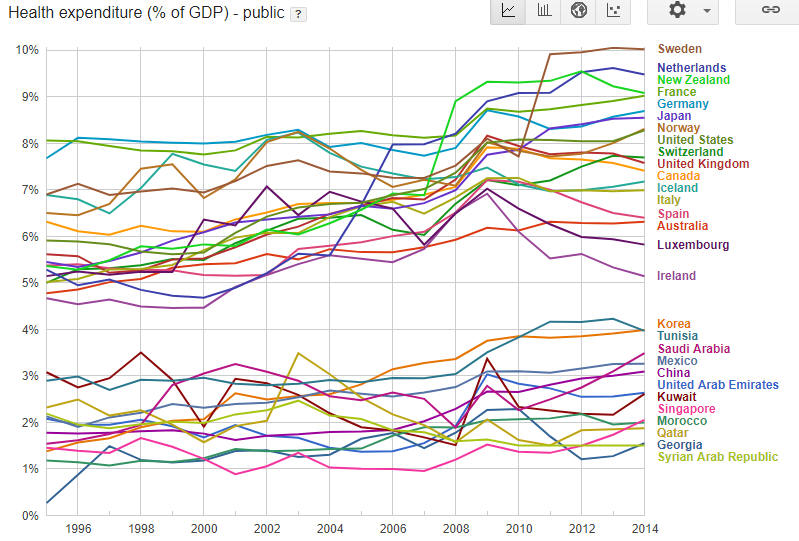 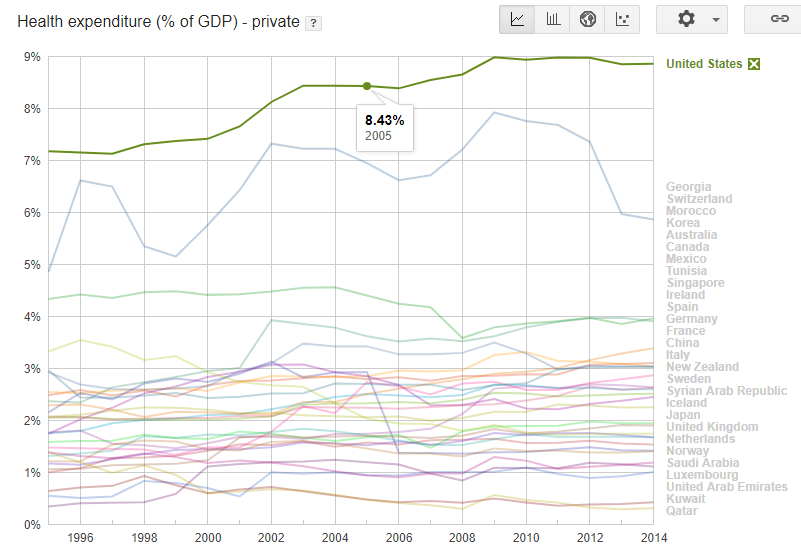 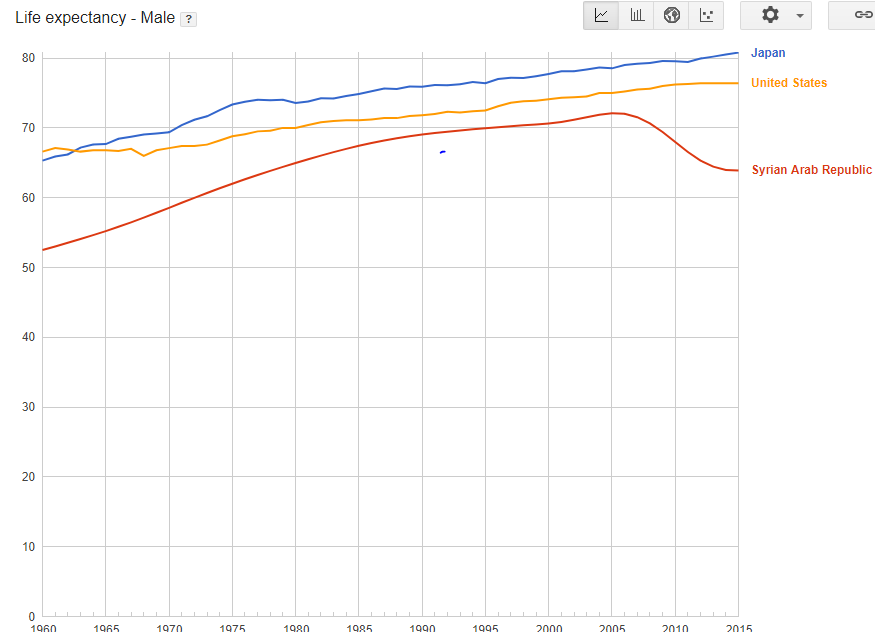 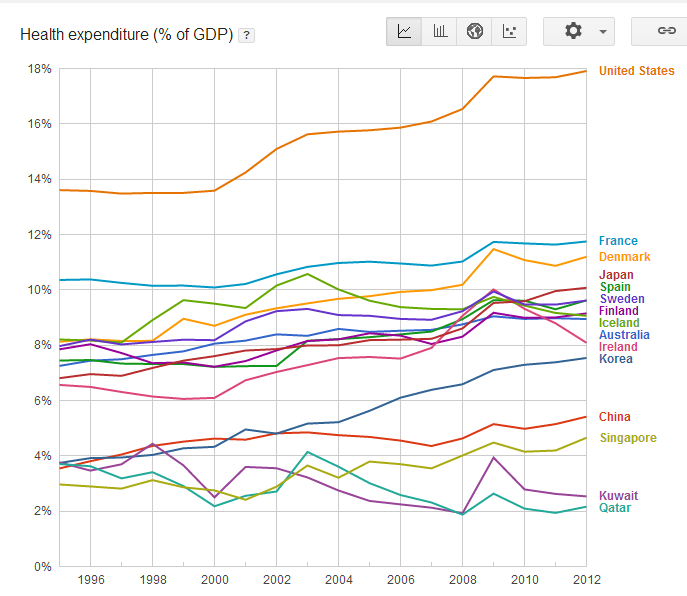 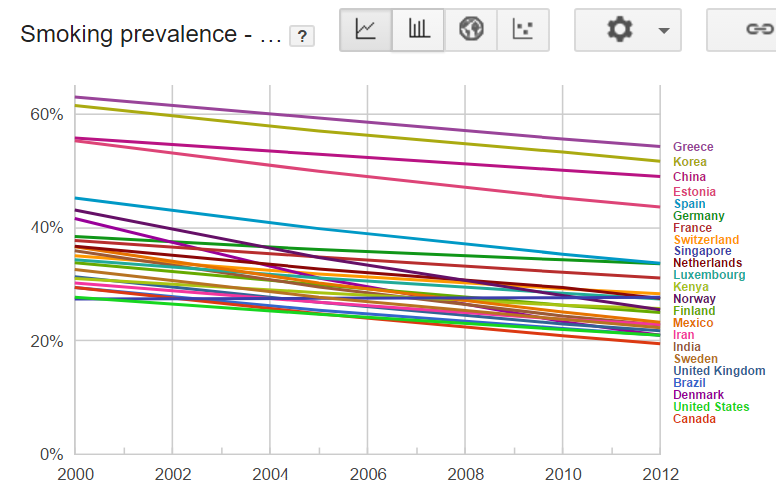 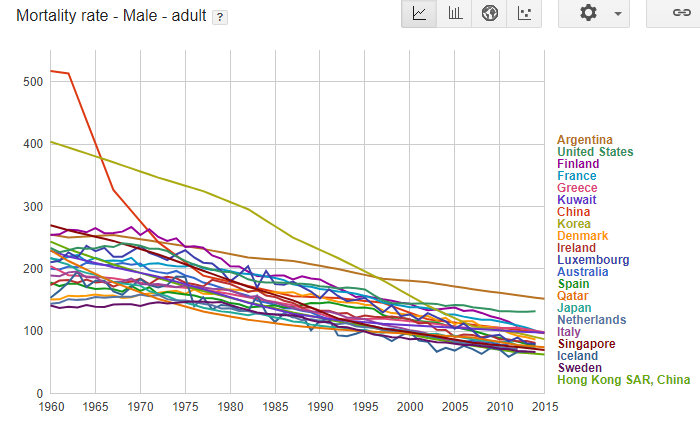 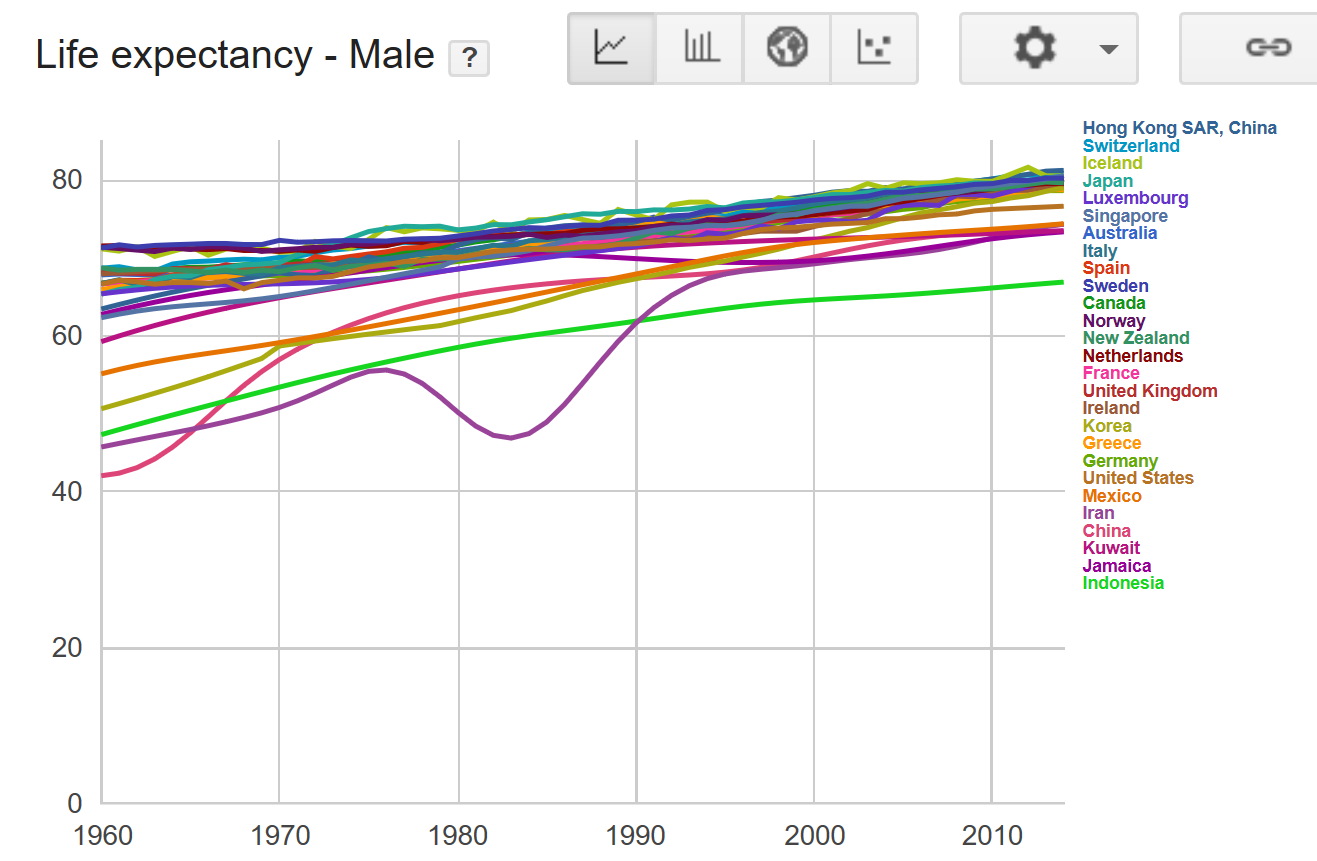 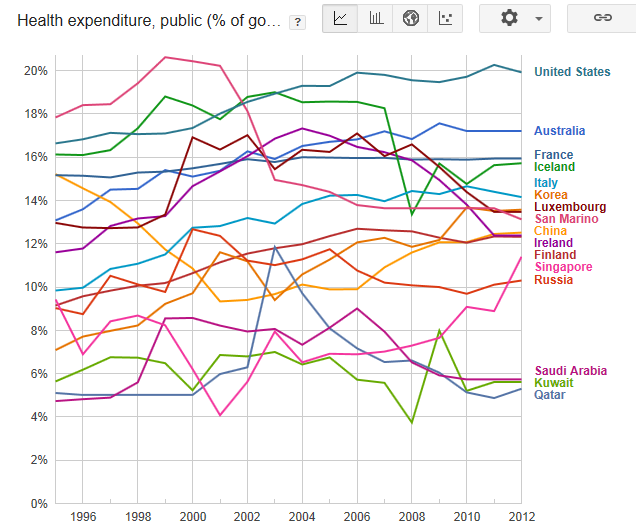 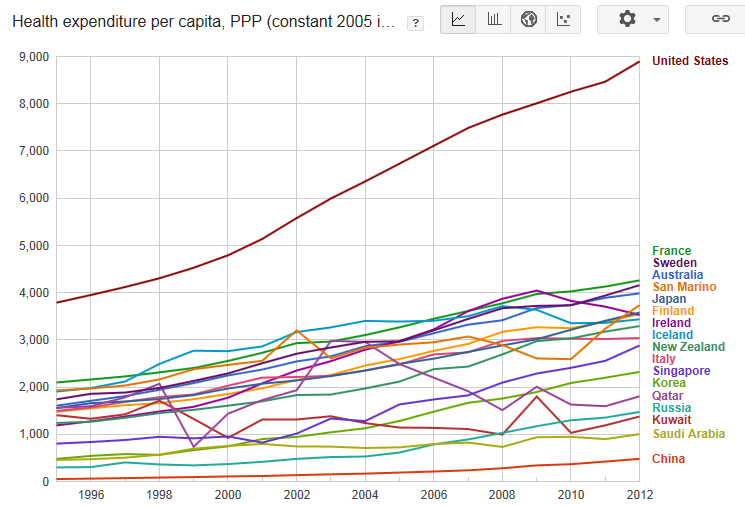 According to Wikipedia, only four nations, Denmark, France, Australia, and Belgium have higher cancer INCIDENCE rates than us.

They are also the five nations whose public expenditures to “fight cancer” are even higher than ours.

Just like cancer incidence rates, only 4 countries have cancer death rates higher than ours, but these are different countries: Maldives, Mongolia, Bolivia, and Hungary.

The most significant fact about he numerous countries, 183 of them with lower cancer INCIDENCE rates, is how much lower their cancer death rates are, and how much less are their public expenditures for “health care”, or “fighting cancer” actually are.

Even though it’s a different four countries in each case (incidence and death), the four countries which DO have a higher death rate have a total of 56,000 cancer deaths:

iow, even though we rank fifth, the four countries above us have a total of 56,000 cancer deaths, which means we have 11 TIMES more cancer deaths than all of them combined, do. AND the CDC still predicts that by 2012 our rate will be up another 4% to 201 which will be HIGHER than Hungary, putting us in FOURTH place.

This makes us the cancer leader of the WORLD:

We could argue that it was public health care spending which enabled France to fall from 4th place in cancer incidence to 38th place in cancer deaths (with a rate 19% lower than ours), except that this saved only 24,278 Frenchmen from dying of cancer.

And with 150 other countries around the world with even lower cancer death rates than France (and 179 with cancer DEATH rates lower than us), all of whose public spending for health care is dramatically lower than France, this is not even statistical proof that it was their cancer drugs and research and operations which enabled that.

Qatar spends less than 2% of GDP for BOTH their public and private health care, and yet has one of he lowest rates in the world (56, vs 191 here, and 154 in France). They also have an 8 year longer life expectancy than we do. Qatar is an amazing example which blows every argument for Obamacare right out of the water, because they spend one NINTH as much as us (2% vs. 18% of GDP), AND have a 5 year longer life expectancy, AND their cancer DEATH rate is one third of ours (56 vs. 191 per 100,000 population). This dispels the notion that our ultra high cancer death rate is due to older people who live longer also have higher cancer death rates. AND that public spending for health care is a constitutional right. AND it illustrates that we COULD have had an even longer life expectancy than Qatar had we stayed the course on PRIVATE health care. JUST having a cancer death rate like theirs would save 441,000 American lives PER YEAR, which by itself would go a long way toward that goal. 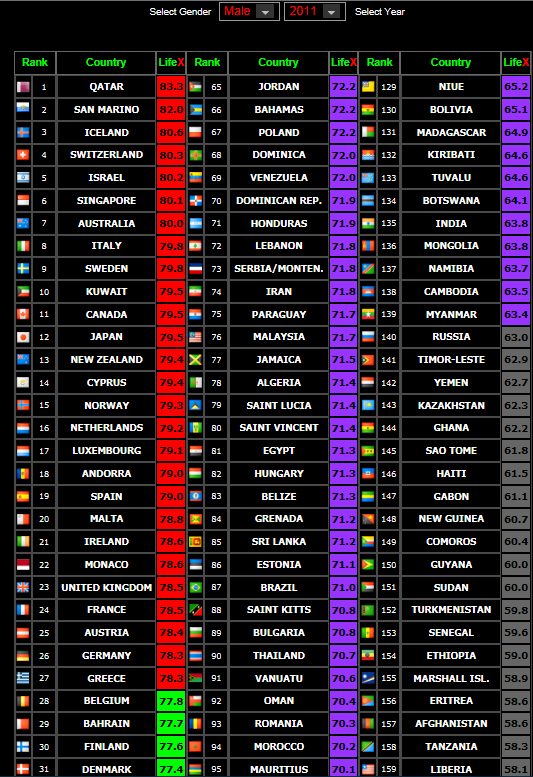 Public spending for health care in both Singapore and Syria is also less than 1% of GDP, and yet the cancer death rate in Syria is one third of ours, and Singapore has a 4 year longer life expectancy.

THIS YEAR, China officially has a longer life expectancy than we do.

In less than 70 years, the nasty Chinese Communist government managed to increase China’s life expectancy from 44 to 77, and they did it while holding public spending for health care below 2% of GDP (about one fifth of our PUBLIC spending, but one ninth of our total health care spending).

Clearly our having a 33% higher cancer death rate than China is a main contributor to our lower life expectancy.

And even though free health care and cancer research and cancer operations did get these civilized nations off the top 5 in cancer death rates, they still ranked in the top third, and had death rates two or three times higher than Qatar, Syria, Tunisia, Cook Islands, UAE, Morocco, and Georgia, all of whose public expenditures for health care were less than 2% of GDP (one fifth of Sweden, Netherlands, France, Norway, and ours).

If our rate were equivalent to China, we would have 204,930 fewer cancer deaths EACH YEAR.

If it were equivalent to Qatar, we would have 438,926 fewer cancer deaths EACH YEAR.

There IS another way to view this.

What we SHOULD DO is simply take a trip to Qatar or Georgia, or Kuwait, or Egypt (as I already have) to discover how they managed to reduce their already LOW cancer death rate, to even lower, during the same time both our government spending for health care exploded even faster than the TRIPLING of cancer deaths here.

Georgia is actually a really nice place to visit. Don�t you think we should understand more about how they managed to reduce the cancer death rate for men from 99.5 to 92.6, at the SAME time ours TRIPLED (to more than twice as high).

Total spending for almost two thirds of the rest of the world = $622.5 billion.

iow, WE spend MORE than FIVE times as much as most of the rest of the world, and get FAR LESS THAN NOTHING for it.

We don’t have all the data for all the African nations, but since the data we do have shows that they spend between $4 to $10 per capita, the average of $7, times the population of 1,216 million, gives us an estimate of $8.5 billion.

From the perspective of an Indian, the following stats might look great, because the most important thing to them is overtaking China–in population growth, that is.

From Hiroshima to Fukushima

Denmark is famous for their “free” health care, and “free” cancer operations, and “excellent” cancer research.  But they are also one of the few with a higher cancer death rate than us–350 now, up from 250 in 1980.
Deaths due to our fast cars, guns, texting and sodas are minuscule compared to that. All other countries, now including China, have them too. And the NCVS survey shows that for each one gun used for murder, 8 are used for self defense.
The notion that our 350,000 obesity deaths PER YEAR are caused by sodas has been DEBUNKED a thousand ways. All it did was conceal the real reason which every other health care system in the world outlawed from the getgo–which is why everyone from Korea to China to Russia has an obesity rate ONE SIXTIETH of ours, which most likely is another factor in our record high cancer DEATH rate. 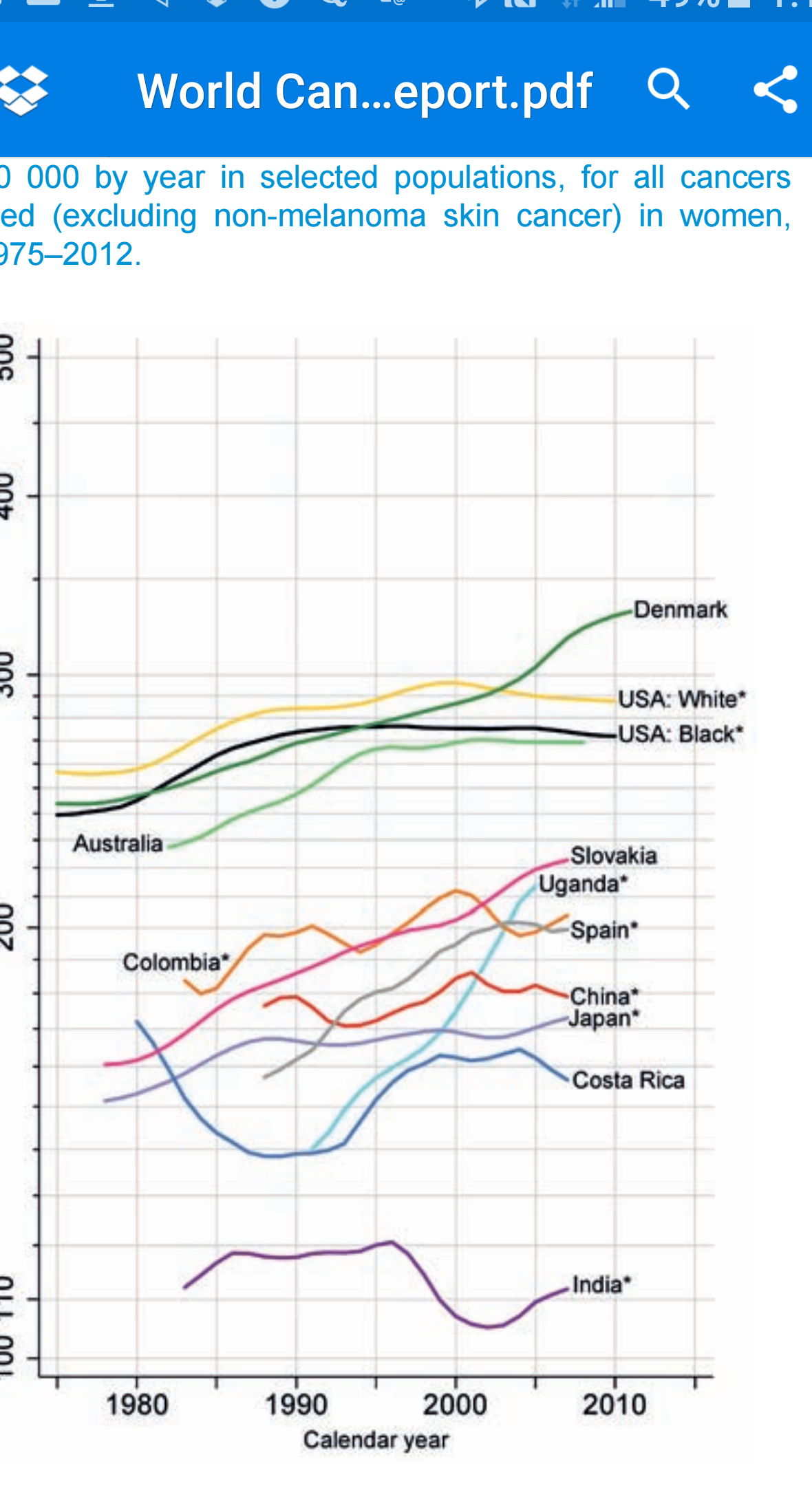 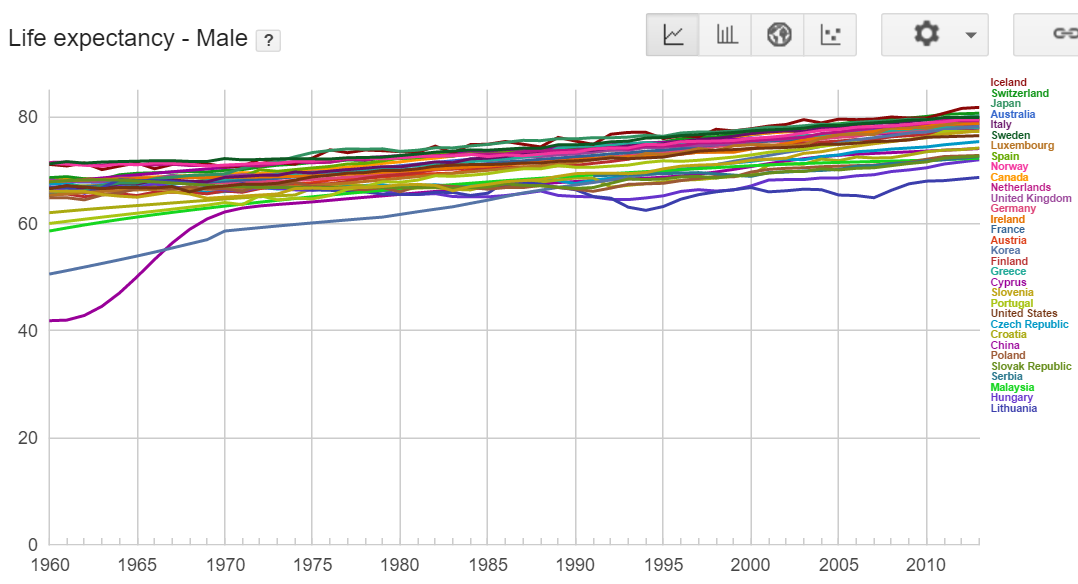 Why should our limited cancer research budget, or medical research in general, be limited to breast cancer when there are so many other places where research dollars would be so much better spent?


Even doctors admit that 50-90% of breast cancer operations are either unnecessary, overkill, or even fraudulent.

What they KNOW but will NOT tell you is that breast cancer surgery INCREASES, not decreases, the risk of death.

The “woman power” that Nancy Pelosi speaks of is the power of women to destroy themselves: if such children aren’t stopped in their tracks, ALL American women would die of breast cancer, or at least be getting the “free” breast cancer surgeries that have caused so many boobs to be lopped off unnecessarily, at GREAT expense to the American taxpayer, and to the great disadvantage to every other American’s health.

LINK BETWEEN SV-40, CANCER, AND AIDS

Government health care workers were unable to detect the SV40 virus until well after the plans were underway to inocculate the entire US population with the Salk polio vaccine [possibly because of some disinformation being spread by these jewish doctors], so it his highly probable that there are other better hidden monkey viruses in most Americans.  The long term effects of those hidden monkey viruses may be even worse than the already proven 10% increase in cancer rates, the worldwide AIDS epidemic, the 70,000 soldiers afflicted with Gulf War Syndrome, Chronic Fatigue Syndrome, 3,000 deaths each year due to mesothelioma cancer, the Hepatitis B epidemic which is right now affecting mostly Asia and Africa, human T-cell leukemia, epidemic Karposi’s sarcoma, Burkitt’s lymphoma, herpes (HHV-6,7,9), Epstein-Barr, and cytomegalovirus, all of which are attributable directly to the SV40 virus alone.